The tradition of miniature paintings has been universal through history, from the Roman Empire and Byzantium through Persia to India and China. These smaller paintings were typically used to illustrate manuscripts, sometimes taking precedence over the manuscripts themselves. The earliest miniatures in India belong to 10th century. They developed under the Pala rulers of Eastern India. Images of Buddha and bodhisattvas were painted onto palm leaf manuscripts at universities like Nalanda and Vikramashila. The style of these paintings largely went on to influence Tibetan and Nepalese thangkas. The fourteen auspicious dreams of Queen Trishala foretelling the birth of Mahavir, Kalpasutra, 1465

Starting from the 11th century, Jain manuscripts, like the Kalpasutra which contains biographies of the Tirthankaras, were illustrated with miniatures under the Chaulukyas and then the Vaghelas. Prominent in Gujarat, much more of these are found from the 13th century eventually becoming more embellished by the 15th century. They are characterised by heavy gold outlines and characters in dedh chashma (3/4th profile) with large protruding eyes. With Alauddin Khilji’s conquest of Gujarat, the Jain miniatures and manuscripts lost their patronage. 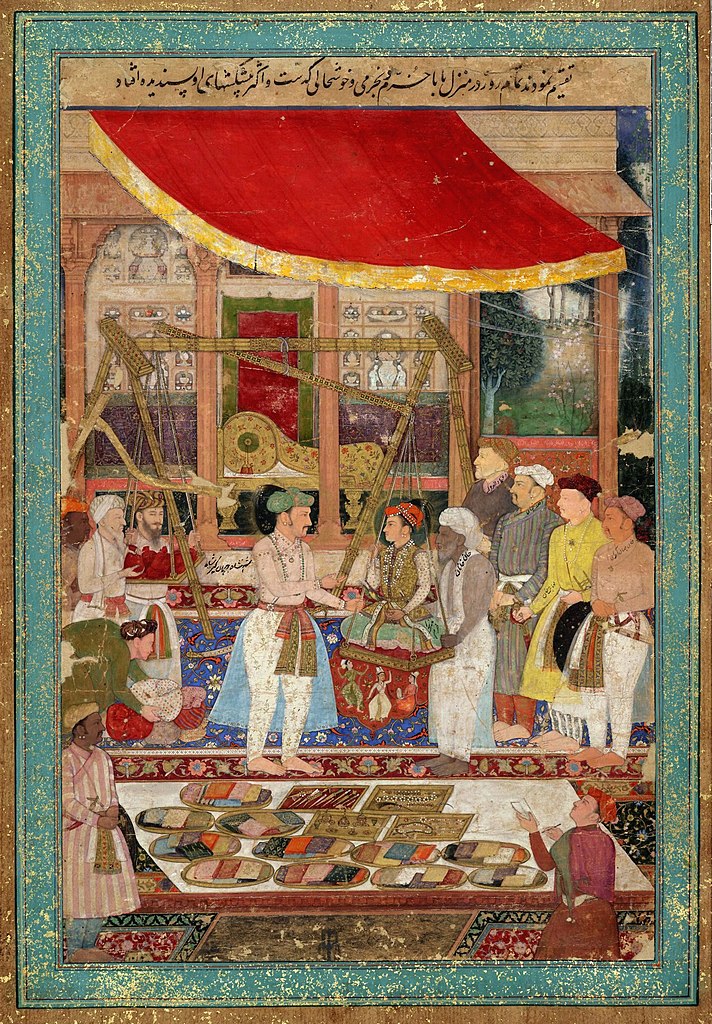 Under the rulers of the Delhi Sultanate, there existed a simple documentary style of miniatures, but miniatures were only truly revived with the advent of Mughal rule in India. In the 16th century, Babur brought with him the Persian style of miniatures, which themselves were strongly influenced by Chinese miniatures. While Babur and Humayun favoured their Persian artists, with Akbar’s patronage, a distinct syncretic style evolved. Unlike the Persian counterpart where objects further in the background were merely placed higher up on the paper, Mughal miniatures placed a little more importance on perspective and realism. This is evident in the Hamzanama. During Jehangir’s time miniatures became finer with a focus on both durbar scenes and naturalism. Most Mughal botanical and zoological studies were created under his reign. 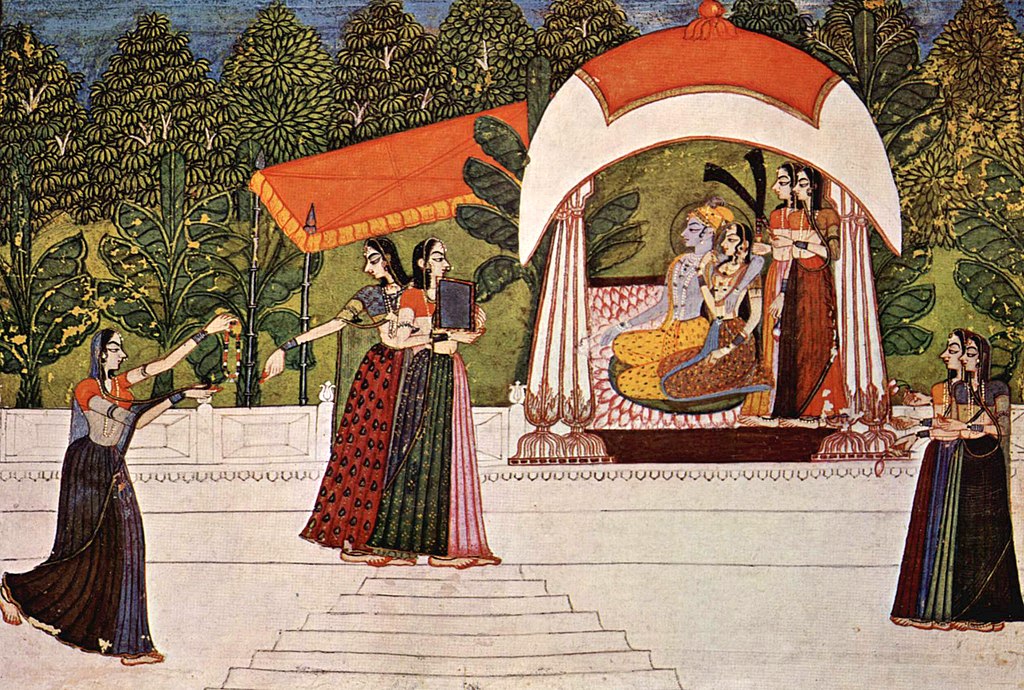 Krishna and Radha in a pavilion by Nihal Chand, 18th century

During Akbar’s reign the Mughal style slowly spread to courts of Rajput rulers in the surrounding region. There the focus of miniatures was less on the court and usually devotional. Scenes from the Krishna Leela were popular, along with those from the epics and local folklore. Beginning with Aurangzeb’s ascension, Mughal patronage for the arts declined over time, so artists from the Mughal courts moved to those of the Rajput rulers giving further impetus to the schools of Rajasthani and Pahari miniatures. 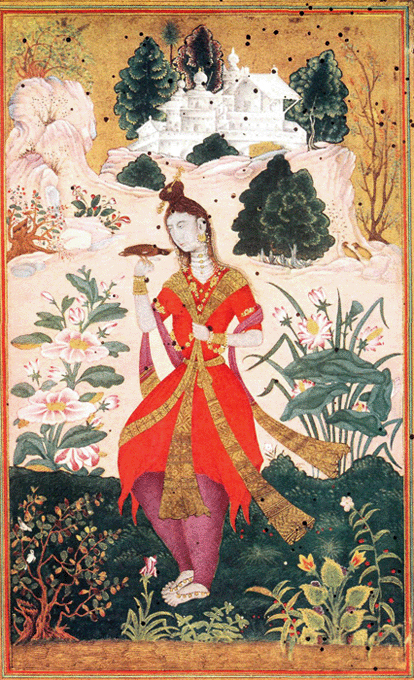 Around the time Babur came to India, towards the south, the Sultanates of the Deccan split away from the Bahamani Sultanate in the 16th century. Under their patronage, the school of Deccani miniatures evolved parallely to their Mughal counterparts. While Mughal-Persian relations were a little icy, the Deccani Sultanates continued to retain independent ties with the Persian Safavids. This can be seen even in the miniatures since Persian influences like the 3/4th view and sharp angular features are distinctly noticeable. A notable contribution of Deccani paintings are the Ragamala series, where artists would paint a series that are inspired by the moods set by various ragas.

While the three major schools of mid to late medieval miniatures were fairly distinct, there was a lot of cultural exchange between them. Deccani artists often showed rulers with Halos similar to their Mughal counterparts, who were themselves inspired by oil paintings brought to their courts by Catholic missionaries from Europe; while the Ragamala series found great favour in the courts of Rajput rulers. 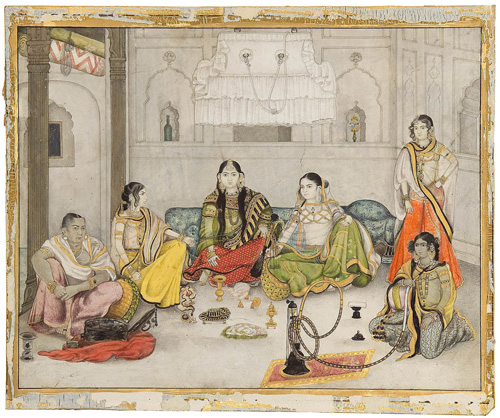 With the decline of Mughal power by mid to late 18th century, the East India Company began to take over and started employing local artists. They pushed them to paint in a much more realistic style that suited their sensibilities, resulting in the Company style. The subjects were rarely romantic and much more documentary in nature. They preferred to focus on documenting local castes and tribes, architecture as well as botanical and zoological studies. The style only declined with the advent of photography.

Shop our Collections inspired by Miniatures

Tangaliya: A story of woven beads